Strangers on the Street 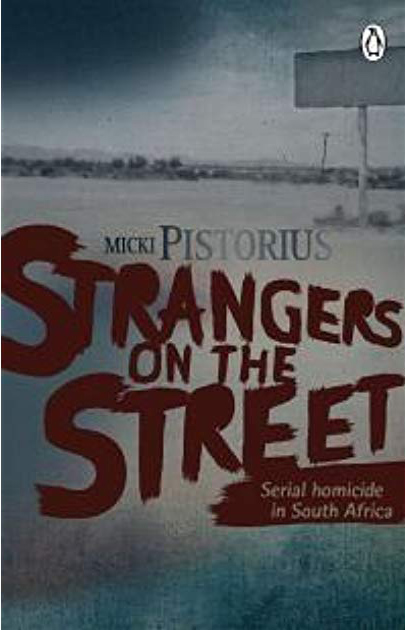 Micki Pistorius’ doctoral thesis proposed a theory for the origin of serial homicide. She spent six years as a profiler and was involved in 35 serial killer investigations, which she described in her first successful book, Catch Me A Killer.

Now, in this comprehensive study of serial homicide, she offers vital information about the mind of the serial killer, including behavioural patterns and motives.

The study is intended primarily for psychologists, students, educators and police officers who require background on the behavioural patterns, motives and other details about serial killers. It is a serious attempt to understand the mind of the serial killer so that he may be identified and apprehended as soon as possible. For, as the author points out, serial killers’ prospects of rehabilitation are negative – and they need to be removed from society for the remainder of their lives. Detectives need specific training to investigate serial homicide and Pistorius believes that an understanding of the psychodynamics of serial killers should be extended to state prosecutors, judges, parole officers and pathologists. She also believes that those who work with children need to be aware that all documented cases of serial killers reveal either childhood abuse or neglect and that children displaying antisocial behaviour should be identified and receive counselling. Only in being proactive in preserving the mental health and well-being of children can the double tragedy of serial homicide ultimately be prevented