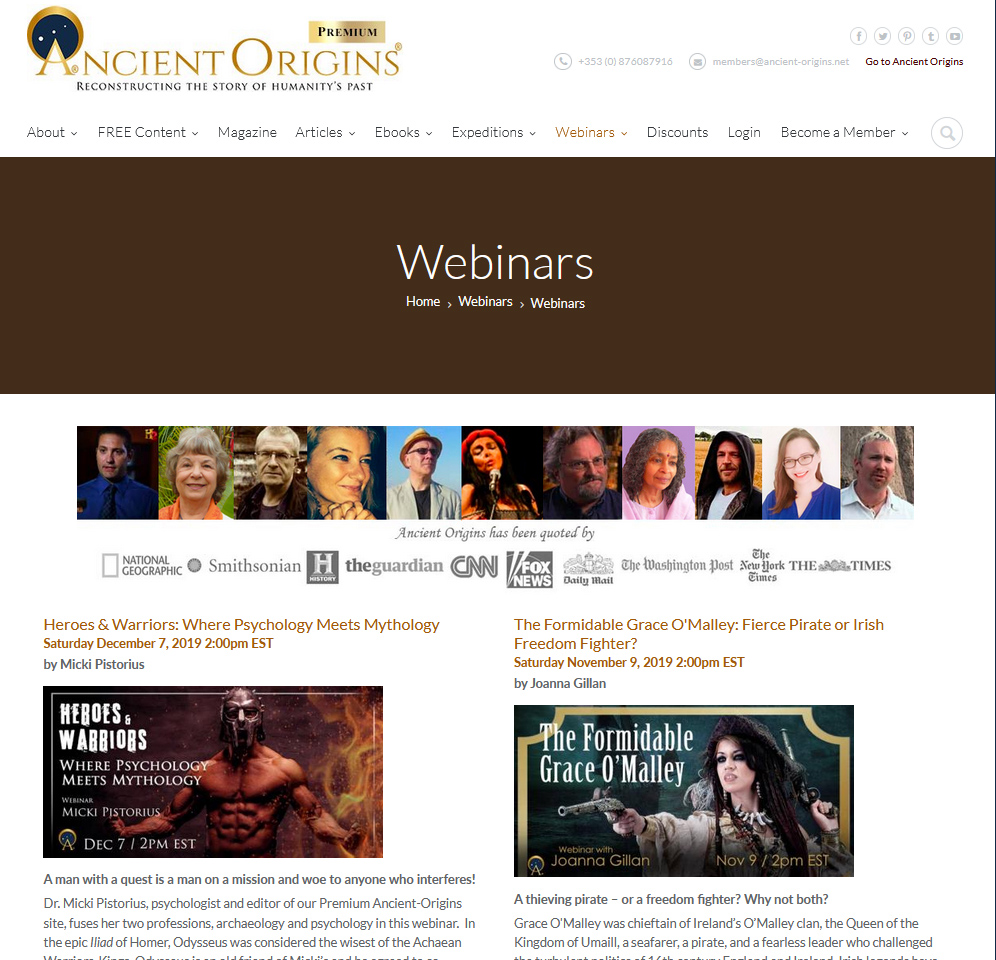 A man with a quest is a man on a mission and woe to anyone who interferes!

Dr. Micki Pistorius, psychologist and editor of our Premium Ancient-Origins site, fuses her two professions, archaeology and psychology in this webinar.  In the epic Iliad of Homer, Odysseus was considered the wisest of the Achaean Warriors-Kings. Odysseus is an old friend of Micki’s and he agreed to co-present and enlist the help of Greek mythological heroes to enlighten us on the complexities of men’s perspectives on relationships.

Leonidas, King of Sparta and the Hero of the Battle of Thermopylae against the Persian forces, is the epitome of testosterone, the fuel of a man. Meet the fierce, fearless Warrior in full battle mode. However, like Icarus who exhibited hubris and flew too close to the sun, when captains of industry and high-flying businessmen have too much testosterone, they crash and burn—spectacularly.

There is a dangerous duet between the Rescuer and the Damsel in Distress. Theseus and Ariadne embody the successful partnership between a man and an autonomous woman, based on respect; Hercules rescues Hesione from the sea monster but abandons the helpless maiden, whilst Perseus falls into the trap of Rescuer when he succumbs to Andromeda, the typical Damsel in Distress. Micki explores the neuro-psycho-dynamics of the Rescuer-Damsel relationship by examining various neurotransmitters and brain structures at play.

A Man with a Quest is a Man on a Mission and woe to a woman who interferes. Achilles followed his destiny and chose eternal fame as the archetypical Warrior in history, over a family life. Prince Paris of Troy was presented three choices by three Goddesses.  By forsaking his quest for the love of a woman, he sold out and destroyed a dynasty. Aeneas, the Hero who escaped the sacking of Troy fled to Carthage and had a dalliance with Queen Dido, but she tried to waylay him in his quest to found Rome, with disastrous consequences. Pay heed to Odysseus’ comments on ‘Happily Ever After”.

Lastly, we learn from wise Odysseus about the Seasoned Warrior and his Ageless Goddess, who weathered the storm and no longer seek young love like Apollo’s dolphins frolicking in the waves, but who have found a deeper love, like the undercurrent of Poseidon’s oceans.

Dr. Micki Pistorius is a South African psychologist, author, and journalist who resides in Mauritius. After completing her BA degree, she worked as a journalist in printed and television media for eight years, when she was elected in the University of Pretoria’s psychology program. She completed her doctorate’s degree in psychology and was immediately appointed as psychological profiler in the South African Police Service, specializing in profiling serial killers. After resigning from the SAPS, she returned to journalism and worked for a television production company, writing scripts, and producing documentaries for a few years. Then she opened her private practice as psychologist. She continued training and presenting lectures on international podia. Micki never gave up on her calling as a writer and authored seven books, and her autobiography, ‘Catch me a Killer’ became a best seller. By 2010 her passion for ancient antiquity inspired her to complete an Honors degree in Biblical Archaeology.

Get the book on Amazon | Visit Heroes-Warriors.com

A #man with a #quest is a man on a #mission and woe to anyone who interferes! Psychologist, author, and journalist Micki Pistorius enlists the help of Greek mythological #heroes to cover the complexities of men’s perspectives on relationships. | Dec 7 @ 2pm EST http://bit.ly/2e8ToA0